Rodolfo Assis a.k.a. “Brute Logic” (or just “Brute”) is a self-taught computer hacker from Brazil working as a self-employed information security researcher and consultant.

He is best known for providing some content in Twitter in the last years on several hacking topics, including hacking mindset, techniques, micro code (that fits in a tweet) and some funny hacking related stuff. Nowadays his main interest and research involves Cross Site Scripting (XSS), the most widespread security flaw of the web.

Being hired to work with the respective team, he was one of the contributors improving Sucuri’s Website Application Firewall (CloudProxy) from 2015 to 2017, having gained a lot of field experience in web vulnerabilities and security evasion.

He is currently managing, maintaining and developing an online XSS discovery service, named KNOXSS. It already helped several bug hunters to find bugs and get rewarded as well as this very blog.

Always supportive, Brute is proudly a living example of the following philosophy: 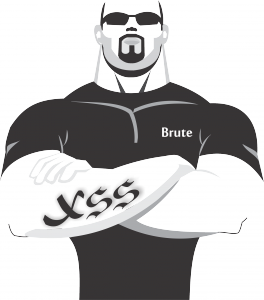